Dick Syron and John LaWare were affable enough heads of the Boston-based regional operation of the Federal Reserve System. But, when they were out in the community, they seemed to speak only with other businessmen and in highly selective institutional settings. Cathy Minehan did somewhat better. But the current president of the Federal Reserve Bank of Boston, Eric Rosengren, is a really effective communicator. And he seems to enjoy taking his economic analyses and projections, complete with Power Point, across the local landscape, explaining himself in down-to-earth language we can all understand.

Recently he’s been doing his dog-and-pony show around the region, earlier this week at a meeting of the New England Council. His goal is to answer the question of how monetary policy should be used to respond to dramatic price increases, especially when, as recently, food and fuel costs seem to be heading off the charts.

(I got a bag of red grapes home from the store to discover it cost $9. But food costs are a relatively small part of American economy. Imagine living in India or China, where food costs are so much larger a part of the national economy!)

Rosengren says the Fed shouldn’t do anything at this time. The causes of the spikes are not a function of monetary policy. Middle East instability affects the oil price. Troubles in Japan disrupted the global supply chain. Weather extremes, such as those in Russia and Australia, affected the global harvest. When you take food and energy volatility out of the formula for measuring inflation, the core inflation rate has really been pretty steady at a bit more than one percent. He doesn’t expect to see more than two percent over the next couple of years. 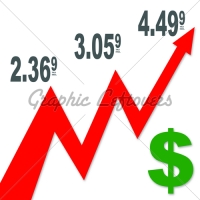 Meanwhile, he said, if the Fed were to raise rates in response to higher food and energy prices, it would put a damper on the economy and unacceptably slow our recovery. And that wouldn’t do anything to solve Middle East instability, weather affects on the harvest, or logistical disruption in Japan.  Thursday, almost on cue, commodity prices—notably oil and food– fell, apparently sparked by fears of the over-heating market.

An interesting sidebar is a difference of opinion brewing between Congressman Barney Frank, ranking member of the House Financial Services Committee, and Rosengren. Frank has proposed legislation that would bar regional Federal Reserve Bank heads from voting with the Federal Reserve Board on whether or not to move interest rates in one direction or another.

Frank apparently believes that, in general, the regional heads are too close to the local businesses who voted them in and they’re too partisan and parochial. There’s evidence that this is what happens in other parts of the country.

Rosengren says the board is driven by data not politics and that local input is highly desirable. We’ve all benefited from a central bank that is not partisan, he added. This seems true for Rosengren. My question is: how do the other regional heads behave? I certainly want to hear more about this debate.

In the meanwhile, it’s good to have a Fed leader willing to speak to the whole community… and in English.