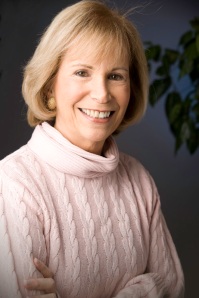 For nearly three decades, in both print and electronic journalism, I wrote about politics, social issues and more. Now I add occasional thoughts on music, books and theater to my portfolio and hope you’ll join in.

Readers in Massachusetts and  New England will remember my career as Director of Editorials at WCVB-TV, Channel 5, Boston’s ABC affiliate.  For 20 years starting in 1979, I produced and often hosted Five on Five, at one time the nation’s longest running, locally produced public affairs discussion program, and I regularly appeared as a commentator on local broadcast and cable stations. Since 2010, I have blogged on politics, public affairs, culture and more.  For many years, I also produced the station’s political candidate forums.  I still find time to serve as a public speaker and forum moderator.

From 2001, I was president of Barron Associates Worldwide, Inc., a consulting firm specializing in communications, which in 2015 formed a strategic partnership with Denterlein, Inc. of Boston.  My practice focused  on communications strategies, including media relations, public affairs and reputation management, executive coaching, media training, and crisis communications. Immediately after I left Channel 5, I served as executive director for media communications at BankBoston, where I headed the bank’s in-house public relations agency, directing media relations strategies and professionals serving the bank’s businesses in North and South America.

Prior to working at Channel 5, I was an associate producer of PBS Television’s The Advocates, a national political affairs writer for The Boston Phoenix, a reporter for WGBH-TV’s Ten O’Clock News and political editor of The Newton Times.

I graduated with honor from Wellesley College and am married to James Barron, an attorney, journalist and consultant whose real-life political thriller, The Greek Connection: Elias Demetracopoulous and The Untold Story of Watergate  is now available on Amazon and elsewhere.