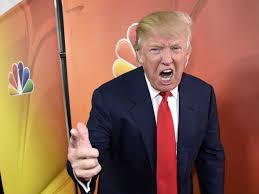 Donald Trump just received the best government-financed medical care in the country.  He left the hospital while still infectious, still needs monitoring for abruptly deteriorating and possible side-effects of the medication he’s on, has given no indication that he’ll modify his longstanding flouting of rules for protecting himself and others, and without his doctors having adequately informed the public of his health status.

On Friday, the day he was medevac-ed to Walter Reed, he was afraid, not for the nation but for himself.  He feared he’d “go out” like his good friend and real estate developer Stan Chera, who died of the virus in April. Three days later, he sounds like someone back from a weekend visit to a health spa, feeling 20 years younger.

His message to the public? Completely lacking in empathy or sound advice: “Don’t be afraid of Covid. Don’t let it dominate your life.” Tell that to the families of the 210,000 people who have died from this lethal virus! Tell the widow of Herman Cain, for example, that she shouldn’t let the impact of the virus “dominate” her life? Tell that to the family of 51-year-old Donna Morrissey, a front-line executive for the Red Cross, who succumbed several months ago? Tell the thousands of  children who have lost mothers or fathers to the ravages of the virus.

Senior Trump adviser Corey Lewandowski spoke this morning to The New England Council . The President’s message, he said, is that, “You can beat this virus. We have to continue leading our lives.” The cure, he added, shouldn’t be worse than the disease. With Donald Trump and his acolytes, it’s always about them, and public safety be damned. His contempt for the safety of his own Secret Service detail and White House staff is just one manifestation of his lethal disregard for anyone but himself.  We now have a Commander In Chief in a COVID fog, taking a steroid known to induce dangerous mental changes. God help us!

Trump’s disregard for all but himself is infectious. Today Vice President Mike Pence refused any plexiglass protective dividers as a safety precaution on his side of tomorrow night’s debate with Senator Kamala Harris.

The Joint Chiefs of Staff are in quarantine due to COVID-19 exposure. The White House itself has become a viral hot spot.  And today the President called a halt to economic relief legislation until after the election. The stock market promptly fell nearly 400 points in reaction.

Joe Biden has many flaws, but lack of empathy, caring and dignity isn’t among them. As he himself often says, don’t compare him to the Almighty; compare him to the alternative. Let’s use every waking hour doing whatever we can do to make a Biden victory so resounding that it doesn’t end up in the likely Trump-packed Supreme Court. That means reaching out to friends, family and others beyond our own bubble, especially in other states, donating to our comfort level, voting as early as our states allow with attention to all the little details the rules prescribe. We’ve never witnesses a President like this one. The self-dealing, corruption, aberrant behavior, criminal negligence, and breathtaking incompetence cannot – must not – be given another four years to take our democracy down.

I welcome your feedback in the comments section below. To be alerted when a new blog is posted, click on “Follow’ on the home page on marjoriearonsbarron.com.

One thought on “Trump COVID behavior even more outrageous”