The rules of the game have changed, and technology once again is ahead of policy. Take the case of new legislative proposals to confront bullying. My first reaction is to mock them. Waaaah! Toughen up. Learn to take it. How are you going to get along in the grown-up world if you don’t learn to suck it up and move forward?

But it’s not like things were when I was a kid, with schoolyard fights or intimidating threats if I didn’t hand over the answers to a homework problem. Some kids today have to confront a more vicious, more unrelenting kind of bullying. Combine a less civil society with the intrusiveness of hate and threats through texting, Facebook, twitter and email and you can end up with the tragic suicide of South Hadley 15-year-old Phoebe Prince.

As the Boston Herald’s Margery Eagan also points out, when we were kids we could keep the problem contained.

In 1996, when I was editorial director of WCVBTV Channel 5, I was on the receiving end of a series of threatening and frightening faxes, including one signed by “Son of Sam.” The District Attorney identified the perp and took the case all the way to the MA Supreme Judicial Court, which upheld lower court rulings that the state’s laws criminalizing telephone harassment didn’t cover such “high-tech communications” as faxes. The legislature set about remedying the situation and, in 2000, amended Chapter 265 of the General Laws to include harassment through electronic mails, internet or, yes, fax communications. Punishment can be up to 2 and ½ years and a $1000 fine. So the punishment is in place.

But the real solution to the Phoebe Prince’s of the world is bullying prevention and requiring school districts and principals to mandate training for teachers and anti-bullying classes for students.

Such programs do work. For several years, the social work department at Regis College (full disclosure: I consult with Regis) had an anti-bullying program one day a week at Sacred Heart School in Roslindale. Kids learned about what constitutes bullying and how to stop it. School administrators reported a definite improvement in kids’ behavior. In the wake of budget cuts, the MA Public Health Department has stopped funding the program. 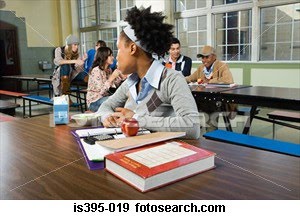 In the legislature, Rep. Marty Walz of Boston, is in the midst of drafting anti-bullying legislation. For those of us who toughed it out in a previous generation, we shouldn’t simply deride or dismiss it. It could well mean the difference between life and death for students whose well-being in the face of predatory hurtful behavior of schoolmates lies with the diligence of teachers, principals and administrators. And if it takes legislation to do that, so be it.