One Southie resident interviewed on television about Whitey Bulger’s capture shrugged, “he’s a mobster; everyone has to have a profession,” or words to that effect. Others remembered Whitey’s reputed largesse, leaving money with a priest so people would have a turkey on Thanksgiving or an overcoat in the winter. This is James “Whitey” Bulger’s mythology, and it’s just that – myth, distortion and an insult to the families of Bulger’s victims. 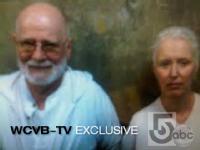 Admittedly, this is a great news story, and it’s a story sure to keep on giving as the judicial process unfolds. No movie, not even starring Jack Nicholson as Whitey, could be as compelling as this real-life drama. The Herald’s Peter Gelzinis captured the latest moment, when, prior to being escorted from the courtroom, Whitey flashed a twisted smile, which Gelzinis calls “an ice-cold grin, tinged with defiance and a kind of sinister glee,” probably not unlike the last view Whitey’s victims had of him before he killed them.

I used to cover the St. Patrick’s Day breakfast in Southie, especially during the late ‘70’s and ‘80’s. It was fun listening to politicians from all camps roasting each other, trying to match barbs with the rapier wit of host and emcee, Senate President Bill Bulger. The breakfasts stopped being fun when the jokes were about Whitey. This cruel beast was no laughing matter, and it was infuriating that politicians from Governor Weld on down made it so to ingratiate themselves with the powerful Senate president. [Remember,Weld was the crime-busting US Attorney at the same time the FBI was cutting deals with Whitey.]

The 19 specific individuals he is accused of killing are just some of his victims, who may number 80 or more. We’re talking shootings, strangling, cutting off fingertips and gouging out teeth to hide the victim’s identity, terrorizing, extortion, drug-running and heaven knows what else.

Whitey Bulger is a study in contradictions. His physical fitness and grandfatherly demeanor; the steely eyes of a killer. His much touted love of animals; his total disregard for the two-legged kind. His reported touch of senile dementia; his decades-long socio-pathology. The $800,000 stashed in the walls of his Santa Monica apartment; the fact that his apartment was rent-controlled. The millions he supposedly has hidden away, possibly in vaults in foreign countries; his request for a public defender. His status as the FBI’s most wanted killer; his unassuming posture as an unremarkable elderly citizen. His long history of unremitting evil; the utter banality of his capture.

Brother Bill went to the arraignment. What would the life of this super intelligent, powerful leader have been without the big brother he had? Will we ever know what he knew and when he knew it?

The Boston FBI has still not recovered its reputation from the deals some of its members made when Whitey was an informant for them. But now it has brought him in.

Southie has moved beyond Whitey according to every conceivable measure, tribal hatred, street crime, violence, terror, racism. One of the most thoughtful pieces reflecting on this was Jim Carroll’s in today’s Boston Globe.
Perhaps the trial will disgorge long-hidden secrets and, in the process, be a catharsis.