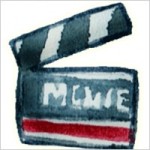 It’s that time of year: movie time.  The industry wants its best products out before the New Year to compete in the Oscars. The only question for my husband, my sister and me is whether to go to the theatre or wait for the video to come out.   I’m not Ty Burr or Joyce Kulhawik, but here are my thoughts.

Spotlight tops many lists as critics’ top pick for best movie of 2015, and I have to agree that it is masterful.  The story, that of the Boston Globe’s dogged investigation of the Catholic Church’s child sexual abuse scandal and high-level cover-up, had far-reaching impact, which continues to this day.  The script is focused and tight, laying out the hard work of solid journalism and resisting the temptation to sensationalize.  The understanding of the Boston community is spot on; the casting, largely excellent.  Prime example: Leiv Schreiber as editor Marty Baron is Marty Baron. (Mad Men’s John Slattery as Ben Bradlee, Jr. doesn’t work as well.) Spotlight should be shown in university journalism as a compelling demonstration of the courage and determination required when reporters are pursuing a story of this magnitude. Don’t wait for the video.

Pursuit of truth, even when rattling the most entrenched and powerful institutions, is the central story of Concussion, with Will Smith playing the role of Dr. Bennet Omalu. The forensic pathologist identified chronic traumatic encephalopathy, a degenerative brain disease that destroys the lives of football players who can endure tens of thousands of brain traumas during their career.  CTE can only be confirmed through autopsy, which made it easier for the NFL for years to deny any link between game impacts and serious brain disease.  All through the film, I wondered how I would be able to watch the Patriots game Sunday. Smith gave an award-winning performance. The script is tight; the videography intense. Small screens sanitize football impact. Must see in theater.

Trumbo also tells a reality-based story of principled individuals standing up to authority. Bryan Cranston plays Dalton Trumbo, a highly successful screenwriter who stood up to the House Un-American Activities Committee in the 1950’s, did time for contempt of Congress and was blacklisted in  Hollywood with a number of his colleagues. They couldn’t get work under their own names for years but were ultimately vindicated. There’s lots of high power acting talent in Trumbo, (Helen Mirren as Hedda Hopper, John Goodman as a B-movie maker who allows Trumbo to write under a pen name), though there were several places where the movie dragged a bit.  Call it good, not great. Either theater or video.

Bridge of Spies was also based on historical events and was spell-binding. Set in the Cold War of the late 1950’s, it tells of the  exchange of spies (Russian spy Rudolf Abel for U-2 pilot Frances Gary Powers between the USSR and the US), which took place on the bridge between Potsdam and Berlin early in 1962.  Tom Hanks turns in a masterful performance as James Donovan of Brooklyn, an insurance lawyer pressured by his law firm to represent Abel against charges he was a KGB spy. After a guilty verdict, Donovan persuades the judges to sentence Abel to life imprisonment rather than the death penalty so he would be available as a bargaining chip.  Donovan is later tapped to  negotiate just such an exchange, and manages to get Powers back along with an American graduate student studying in Berlin.  Bridge of Spies was beautifully shot, compellingly acted and, even though I knew the ending, had me on the edge of my seat much of the time. A terrific movie. Definitely theater.

Brooklyn, the movie, based on Brooklyn the book by Colm Toibin, is also set in the 1950’s, and centers on the decision by a young Irish woman ( played by Saoirse Ronan)  to come to America for a better life.  It’s all about the difficulties of making her decision to leave her family, the challenges of a rough crossing, her life in a boarding house for young women, her working in a department store and going to night school, and, of course, her romance with a lovely young Italian plumber. She’s homesick, her sister dies, she goes home for the funeral, is torn about returning and then……. (No The-Lady-or-the-Tiger spoilers here.)  Brooklyn is a beautiful, painterly movie. Ronan’s performance is delicate and nuanced, but you can really wait for the Netflix DVD.

Room tells of a woman imprisoned in a room in a garden shed, taken by a psycho when she was 17, held for seven years and repeatedly raped by him. (The plot draws from two long-time abductions, one in Ohio and one in California.) Two years after her abduction, she gives birth to a child. The movie takes place on his fifth birthday.  The world as he knows it exists only in that small, grubby place. They have a television, and he spends a lot of time sorting out the TV world from what he knows. The performances are riveting, especially that of little Jacob Tremblay, who plays Jack.  Life in “room” is the first half of the movie. The second half deals with inevitable questions about what happens afterward.  Because of the small setting, Room could theoretically be dismissed as a video rental, but seeing it in the theater antes up the already intense emotion. Go now.

The Big Short is the film adaptation of Michael Lewis’ book on the Wall St. meltdown, especially the guys who predicted the crash of mortgage-backed collateral debt obligations (cdo’s) and bet on the collapse of the housing market.  The telling of the story, still complicated despite the gimmicks employed to demonstrate what was happening in banking and financial services, is laced with cutting wit and character-based humor, but you walk out of the theater thinking no, that wasn’t funny.  The outcome for most people was difficult, if not tragic;  the banks are bigger than ever, the little folks are still getting screwed, and Washington is still run by the institutions with power and money.  And maybe that’s just what director Adam McKay wants us to take away. Theater movie, but you can wait till the lines abate.

Joy, played by Jennifer Lawrence, is a single mom, with a totally dysfunctional family, all living in or near her house. The savagery of her home environment may have prepared her for the business world, but, as she designs a new and better household mop, develops a prototype and takes it to a home shopping network, she confronts a shoddy patent attorney, cheating manufacturers, a sister not unhappy about undercutting her business.  She has always had an independent streak, and that underpins willingness to go into debt and her drive to succeed.  Set in the 1990’s,  the story is based on Joy Mangano, inventor of the “miracle mop” and other household items, whose business took off on QVC.   It could also be the story of thousands of other would-be entrepreneurs who tried to develop products when they lost their jobs in the Great Recession. The movie is reasonably entertaining, but there are better ways to spend your movie time and dollars. Video.

Four more movies on our list to see: Youth, Carol, The Hateful Eight and Revenant. The last two cry out for big screen. The first two seem to be more intimate and okay for DVD, but, for my sister and me, infinitely more appealing to go to now. The debate goes on.

I welcome your comments in the section below. To be alerted when a new blog is posted, click on “Follow’ in the lower right portion of your screen.